Air Travel and the Pandemic:
Private Aviation Considerations for You and Your Family

In today’s world, the idea of flying commercial can be uncomfortable which is why the demand for private aviation services has soared. But with so many options and providers in a highly fragmented industry, it can be difficult to decide which option is best for you and your family.  Please join us for a one hour discussion with three industry experts who will provide an overview of the various options, as well as the pros and cons of each to help you make an informed decision. 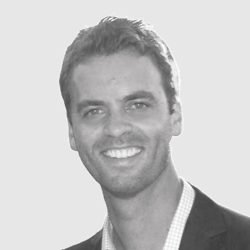 Shawn Dinning is currently Senior Partner/Broker at Dallas Jet International. Shawn acquired his formal education at the United States Air Force Academy in Colorado Springs, Colorado, in the areas of Operations Research and Management Science and also holds a degree in Aeronautical Science from Embry-Riddle Aeronautical University. He is one of the very select number of brokers who maintains his Certification as an aircraft broker by the International Aircraft Dealers Association. Shawn brings 22 years of aviation experience from a variety of aviation disciplines, including FAR 91, FAR 121, FAR 135, defense, and shared ownership sectors.

A former full-time professional pilot, Shawn holds a current Airline Transport Pilot (ATP) certificate and Advanced Flight Instructor Certificates, and is type-rated in the Gulfstream V / G550 / G500 / G450 / G350, Bombardier CRJ-200, and Citation 510 Mustang. He has logged over 5500 flight hours, with 3500 of those hours in corporate turbine aircraft. For the last 14 years, Shawn has been instrumental in growing Dallas Jet into a world class aircraft brokerage and advisory firm that has clients all over the globe, with over $1 Billion in aircraft transactions closed, and fully accredited by the International Aircraft Dealers Association (IADA). Shawn has been consulted in publications such as Business & Commercial Aviation, Corporate Jet Investor, and many others on various issues related to turbine aircraft transactions and private aviation strategies. Through his pilot, academic, and business backgrounds, Shawn brings to Dallas Jet International a rare and highly valuable skill set of operational and business acumen, and has become a leader in the professional marketing and procurement of corporate turbine aircraft all around the globe. He also specializes in aircraft mission analysis, aircraft valuations, and cash flow and operating cost analysis for private aircraft owners. His reputation for intelligent and meticulous management of aircraft transactions have made him one of the most respected aircraft brokers in the industry. When he is not negotiating aircraft deals, Shawn, like several other famous musicians in his family, is an avid music lover and musician, and plays drums for a 7-piece country/class rock band in the Dallas/Fort Worth area. 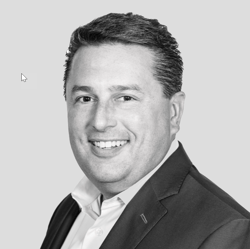 Joe Carfagna Jr. serves as President of Leading Edge Aviation Solutions. With more than 25 years of aviation experience, he is an enthusiastic manager, seasoned salesman, aviation expert and valued leader.

Joe graduated from the University of Delaware with a bachelor’s degree in business administration in 1991. Shortly after, he joined Wings Aviation International, a predecessor company to Leading Edge. During his years at Wings Aviation International as well as for the past ten years at Leading Edge, he has purchased, brokered, and sold most types of small, mid and large cabin corporate aircraft. His in-depth knowledge spans across all corporate jet markets from King Air to Gulfstream.  Joe has been involved in many of the 873 aircraft transactions Leading Edge has closed since 1989.

Joe is a Certified Broker by the International Aircraft Dealers Association (IADA) and also holds the position of Board Secretary. He was appointed to the Associate Member Advisory Council (AMAC) of the NBAA in 2012, serving in that position until 2019. He represented the Corporate Aircraft resale segment of the industry. Joe makes the speaking circuit at NBAA and other leading industry events. He is an avid classic car collector,  on the board of Cornerstone Family Programs in Morristown, New Jersey and is married with two children and actively involved in his community in New Jersey. 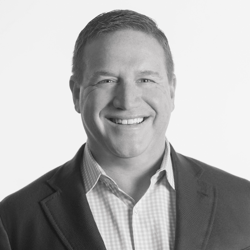 D.J. Hanlon’s 20-year career in private aviation began while working for the Tiger Woods Foundation. As the foundation’s director of operations, Mr. Hanlon drove all aspects of a PGA TOUR event that annually raises millions of dollars for the foundation. Not long after meeting an executive at NetJets, an event sponsor –– Mr. Hanlon, at 27 years old, became one of the youngest sales vice presidents in the history of NetJets. He spent 9 years selling fractional private jet shares in California and the Pacific Northwest for NetJets. By 2011, he left to co-found – Jet Edge International, a large cabin charter and management company. After building the retail sales and services unit teams of the business, he left to lead west coast sales for XOJET. In 2015, he was recruited to lead Flexjet’s west coast sales team by its CEO, Michael Silvestro.

Today, Mr. Hanlon leads Flexjet’s North American sales team. He has grown the team’s sales revenue most prominently in the large cabin category of which Flexjet sells shares in the Gulfstream G450, G500, G650 and soon the G700. He refocused the sales team on service with a heavy emphasis on a consultative approach, he also identified and grew sales potential within the team. In his personal life, Mr. Hanlon focuses his philanthropy on organizations that address food insecurity and access to higher education for the underprivileged. He has mentored students who were first generation college students through the Earl Woods Scholar Program. Mr. Hanlon lives in Newport Beach, California, with his wife, Jennifer, and their two children.