Leadership Challenges Over the Next Year:
COVID and Beyond
with Lt. Gen. Douglas Lute, former United States Ambassador to NATO 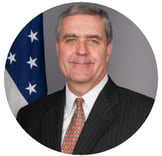 Lt. Gen. Douglas Lute is the 21st United States Permanent Representative to NATO (commonly called the U.S. Ambassador to NATO). Appointed by President Obama, he assumed the Brussels-based post in 2013 and served until 2017. During this period he was instrumental in designing and implementing the 28-nation Alliance’s responses to the most severe security challenges in Europe since the end of the Cold War.

A career Army officer, in 2010 Lute retired from active duty as a lieutenant general after 35 years of service. In 2007 President Bush named him as Assistant to the President and Deputy National Security Advisor to coordinate the wars in Iraq and Afghanistan. In 2009 he was the senior White House official retained by President Obama and his focus on the National Security Council staff shifted to South Asia. Across these two Administrations, he served a total of six years in the White House.

Before being assigned to the White House, General Lute served as Director of Operations (J3) on the Joint Staff, overseeing U.S. military operations worldwide. From 2004 to 2006, he was Director of Operations for the United States Central Command, with responsibility for U.S. military operations in 25 countries across the Middle East, eastern Africa and Central Asia, in which over 200,000 U.S. troops operated.

General Lute holds degrees from the United States Military Academy at West Point and from the Kennedy School of Government at Harvard University. He is a Senior Fellow at the Belfer Center at Harvard University; a member of the Council on Foreign Relations; and a charter member of the Flag Officer Advisory Group of the United States Institute of Peace. 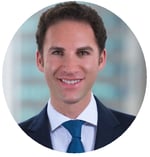 Michael is responsible for working with clients and prospective clients and is a member of the firm’s business development strategy team.

Prior to joining Tiedemann in 2017, Michael worked in senior diplomatic roles within the U.S. government, serving as a financial diplomat in Africa, Europe, and the Middle East spanning the tenures of U.S. Treasury Secretaries Geithner, Lew and Mnuchin. Most recently, Michael served as the first United States Treasury Attaché appointed to Qatar and Kuwait and opened the Treasury Department’s office in Doha, Qatar in August 2015. Prior to that role, Michael served as the United States Treasury Policy Advisor for Europe. In this role, he was appointed as the head of the United States Delegation to the Committee of Experts on the Evaluation of Anti-Money Laundering Measures and the Financing of Terrorism before the Council of Europe in Strasbourg, France. Michael has also served in a variety of roles in the U.S. Intelligence Community and in the Office of General Counsel at the U.S. Treasury working closely with the National Security Council at the White House working on issues related to countering ISIS, Al-Qaeda, Iran, Ukraine/Russia, Syria, and North Korea.

He is a frequent speaker on international security, the Middle East and illicit finance issues. Past speaking engagements include lectures at The Council on Foreign Relations, The Aspen Institute, The Atlantic Council, Harvard University, Yale Law School, Stanford, Columbia University, Johns Hopkins University and Northwestern Business School in Doha.

Certifications and memberships include: