Philanthropy, the Pandemic and New Possibilities

with Richard Woo and Björn Larsson 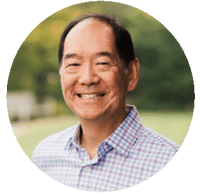 Richard Woo retired in January 2020 from organized philanthropy and community development with over 30 years of combined experience at The Russell Family Foundation, the Levi Strauss Foundation, and Levi Strauss & Co. where he played major roles in breakthrough social change initiatives.

From 2000 to 2020, Richard served as the founding CEO of The Russell Family Foundation in Gig Harbor, Washington.  In leading the start-up enterprise, he partnered with staff, family trustees, and community directors to pioneer initiatives in Puget Sound restoration, grassroots leadership, impact investing, and fossil fuel divestment.

Richard retired from The Russell Family Foundation in January 2020 and is now pursuing his personal mission statement to “build whole, affirming and just community through deep listening, reflecting, and storytelling.”  At this moment, he’s putting his mission, skills and experience to work in response to the global Covid-19 pandemic as a volunteer grantmaker, health foundation consultant, and a thought-partner in philanthropy.

Richard’s past board service includes Philanthropy Northwest, the Council on Foundations, and Asian Americans & Pacific Islanders in Philanthropy. 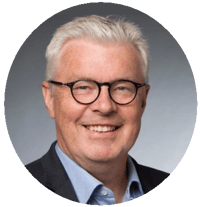 Björn Larsson is an economist, journalist and diplomat who today serves as the CEO of the Stockholm based ForeSight Group (founded in 1979) advising organisations on how to stay relevant in the times we are in.  He is also a founding member of the Global Impact Investment Network and co-author of The Rise of the Meaningful Economy – a megatrend where meaning is a new currency as well as Changing the World We Create.

Björn has a background as an economist, journalist and diplomat with experience from Europe, Africa, Asia and the US. He is today CEO of the ForeSight Group, which was founded in 1979 and has worked with some 180 companies and offered 3.5 million employees opportunities to contribute to corporate innovation and renewal.

ForeSight's entrepreneurial approach - to speed up and leverage the achievements of major ambitions relevant to our times - includes Passionate Investments, which was launched in partnership with the oldest bank in Scandinavia. Passionate Investments was recognized for its innovative approach by President Bill Clinton at a plenary closing of the Clinton Global Initiative AGM in New York.

Since its inception, he has served as an International Ambassador for The World ́s Children ́s Prize helping it become the world ́s largest empowerment initiative on rights and democracy for the next generation active in over 100 countries. Five Nobel laureates including Nelson Mandela (posthumous) and Joseph Stiglitz are patrons.

He is also co-author of The Rise of the Meaningful Economy - A Megatrend where meaning is a new currency & Changing the World We Create – Beyond climate crises, polarised societies and failed leadership.

Email us with any questions at
insights@tiedemannadvisors.com