Join us for a conversation with Yaya Fanusie, former CIA analyst and policy expert on cryptocurrency and blockchain technology.

Yaya will discuss the basics of digital assets to help us better understand how we reached this moment in the new age of digital currencies and the race for the future of money.

In this webinar, we will cover questions including:

Listen to the recording here. 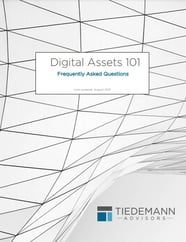 We have assembled a list of questions and answers to help you navigate the blockchain ecosystem, providing a brief introduction to how blockchain technology works, its potential applications and risks, and pathways for investments. We also discuss Tiedemann’s approach to investing in blockchain technology and current research priorities. 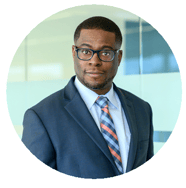 Yaya worked as an economic analyst and counterterrorism analyst for the CIA, where he produced analysis and briefings for the most senior-level officials of the U.S. government, including the President.

Yaya also is an Adjunct Senior Fellow at the Center for a New American Security, a national security think tank in Washington, D.C. Yaya has testified before the U.S. Congress (as recently as on July 14th) and the House Financial Services Committee multiple times on terrorist financing. He is sought after by national and global media outlets to speak on fintech and illicit finance issues. Yaya also developed and taught an introductory blockchain course at Morgan State University in Baltimore, Maryland. 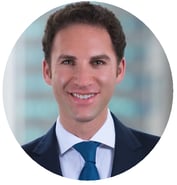 Digital Assets 101
Frequently Asked Questions
In our FAQ guide you will find answers to questions like: