Cybersecurity: What You Need to Know and Do to Protect Yourself and Your Business

Cybersecurity has never been more important than it is today. Every risk management strategy for a family or business must now have a comprehensive plan to address the substantial threat of cyberattacks. It is no longer a question of if you might be threatened by a cybersecurity attack but rather when. While the threats are increasing, so too are the ways in which you can protect yourself and your business.

On April 29, we are sitting down with renowned security experts Guy Snodgrass and Cesare Garlati to understand the current state of cybersecurity. Additionally, we will discuss what you can learn from the U.S. national security and intelligence community and the cybersecurity industry when it comes to protecting your family and your business. 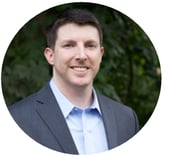 Commander Snodgrass previously served as a career fighter pilot in the U.S. Navy. These tours of duty included service in combat over the skies of Iraq during Operation Iraqi Freedom, as a TOPGUN Instructor at the U.S. Navy Fighter Weapons School, and as commanding officer for a Japan-based fighter squadron, with operational experience in the Americas, Europe, Indo-Pacific, and Middle East.

He is most recently the author of TOPGUN’s TOP 10: Leadership Lessons from the Cockpit, which explores leadership tenets through the lens of the high-performance fighter pilot community. He hosts Holding the Line, a popular national security and foreign policy podcast, and has appeared as an expert national security and technology commentator on CNN, Fox News, MSNBC, NBC, and is a Forbes contributor.

An Eagle Scout, Guy was recognized in 2020 with the National Outstanding Eagle Scout Award by the Boy Scouts of America based on lifelong contributions to the community. 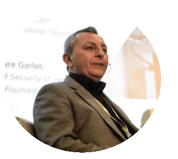 Cesare Garlati is a renowned expert in information security. Former Vice President of mobile security at Trend Micro, Cesare is the founder of Hex Five Security and the inventor of MultiZone® Security, the first Trusted Execution Environment for RISC-V processors. Cesare is a long-time supporter of open source software and open standard technology, an active member of the RISC-V Foundation, and the former Chief Security Strategist of the prpl Foundation.

Cesare holds an MBA from U.C. Berkeley, a Master in Electrical Engineering and Computer Science, professional certifications from Microsoft, Cisco and Oracle, and he is a Fellow of the Cloud Security Alliance, where he founded and chaired the Mobile Security and IoT Security groups. 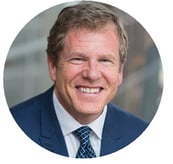 Erik’s relationship with wealth management began as a client back in 2002. His experience as a client with four different firms over the past 15+ years provides him a unique perspective on the wealth management industry. Erik joined Tiedemann when the firm merged with Presidio Capital Advisors. At Presidio, where he was first a client, he led the firm’s Silicon Valley team, advising entrepreneurs and tech leaders with their investments.

Erik has spent the majority of his career working in leadership positions with technology companies innovating new ways of doing business. He has over 25 years of experience in strategy, fund raising, sales and business development with several technology companies including IBM and numerous Silicon Valley start-ups. Erik was also a management consultant to Symmetrix and Nextera, and gained general management experience with companies in the health and fitness industry. Erik also served as the Executive Director for the non-profit, San Francisco Museum and Historical Society, where he led the Mint Project, a $100 million renovation of the Old United States Mint.

Erik earned a Bachelor of Arts degree from the University of Virginia and a Master of Business Administration from Harvard Business School. He is an active investor in real estate, cyber security, wearables, clean tech, medical devices and other technology (software and service) start-ups. Erik lives in San Francisco with his wife Alissa and their two children.