The future of the US-China Relationship

On December 3rd and 10th we sat down with China experts Orville Schell and Robert Hormats. Orville gave us an insider view into the current and future geopolitical challenges and opportunities facing the Biden Administration including where we are currently with the Trump Administration and how China views the new administration. Bob looked at the economic challenges and opportunities by reviewing the current trade war and how the new Biden Administration might look differently at how we work together on things such as research, business and possibly trade. 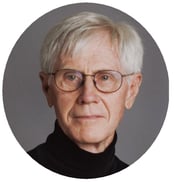 Orville Schell is the Arthur Ross Director of the Center on U.S.-China Relations at Asia Society in New York. He is a former professor and Dean at the University of California, Berkeley Graduate School of Journalism.

Schell is the author of fifteen books, ten of them about China, and a contributor to numerous edited volumes. His most recent books are: Wealth and Power, China’s Long March to the 21st Century; Virtual Tibet; The China Reader: The Reform Years; and Mandate of Heaven: The Legacy of Tiananmen Square and the Next Generation of China’s Leaders. He has written widely for many magazine and newspapers, including The Atlantic Monthly, The New Yorker, Time, The New Republic, Harpers, The Nation, The New York Review of Books, Wired, Foreign Affairs, the China Quarterly, and The New York Times, the Washington Post, and the Los Angeles Times. Schell was born in New York City, graduated Magna Cum Laude from Harvard University in Far Eastern History, was an exchange student at National Taiwan University in the 1960s, and earned a Ph.D. (Abd) at University of California, Berkeley in Chinese History. He worked for the Ford Foundation in Indonesia, covered the war in Indochina as a journalist, and has traveled widely in China since the mid-70s.

He is a Fellow at the Weatherhead East Asian Institute at Columbia University, a Senior Fellow at the Annenberg School of Communications at USC and a member of the Council on Foreign Relations. Schell is also the recipient of many prizes and fellowships, including a Guggenheim Fellowship, the Overseas Press Club Award, and the Harvard-Stanford Shorenstein Prize in Asian Journalism. 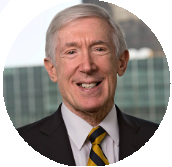 Bob serves as senior counselor to clients with cross-border assets, and also has the responsibility of helping drive the firm’s corporate strategy and business development activities. He was formerly a member of Tiedemann’s Investment Advisory Committee for five years.

Bob’s work in international trade and investment, intellectual property and global energy have taken him to posts in Western Europe, China, India, Russia, the Middle East and South East Asia. His experience in the financial sector includes 25 years at Goldman Sachs (International) rising to the level of Vice Chairman. His government experience spans multiple decades and positions. He has served five U.S. presidential administrations, including as Deputy U.S. Trade Representative with the rank of Ambassador, and Senior Economic advisor to Dr. Henry Kissinger, General Brent Scowcroft and Dr. Zbigniew Brzezinski on the National Security Council staff in the White House. His most recent government position was with Secretary Clinton as Under Secretary of State for Economic Growth, Energy, and the Environment from 2009 through 2013.

Bob has been a visiting lecturer at Princeton University and a member of both the Board of Visitors of the Fletcher School of Law and Diplomacy and the Dean’s Council of the John F. Kennedy School of Government at Harvard University. He is currently a member of the Council on Foreign Relations and the Economic Club of New York. His publications include “The Price of Liberty: Paying for America’s Wars from the Revolution to the War on Terror,” and “Abraham Lincoln and the Global Economy.”

Bob earned a Ph.D. in International Economics from the Fletcher School of Law and Diplomacy, and a Master of Arts and Bachelor of Arts from Tufts University. 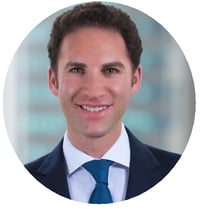 As a Managing Director at Tiedemann Advisors Michael is responsible for working with clients and prospective clients. Prior to joining Tiedemann in 2017, Michael worked in senior diplomatic roles within the U.S. government, serving as a financial diplomat in Africa, Europe, and the Middle East spanning the tenures of U.S. Treasury Secretaries Geithner, Lew and Mnuchin. Most recently, Michael served as the first United States Treasury Attaché appointed to Qatar and Kuwait and opened the Treasury Department’s office in Doha, Qatar in August 2015. He is a frequent speaker on international security, the Middle East and illicit finance issues.