Navigating the Contemporary Art Market
A guide for families on current trends, opportunities and estate planning strategies in contemporary art

In the past couple of decades, the contemporary art market has seen tremendous growth. Over the next ten years, the art industry is facing a great inflection point with the arrival of a new regulatory framework. In this panel discussion, with art experts Erica Samuels and David Rothschild and Tiedemann Advisors' wealth planning expert Jim Bertles, we will discuss how families should be thinking about the contemporary art market through estate planning strategies, current art market trends, and opportunities moving forward. 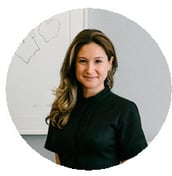 Besides curating collections, Samuels along with Art & Advisory published special limited editions for GILT Group, and commissioned installations with both emerging and well-known contemporary artists.

In 2012 Samuels formed Samuels Creative & Co., continuing her advisory services to private collectors and public spaces expanding relationships to institutions and several not for profits. Projects include: the Dream Hotel, Nashville, the Pan Pacific Hotel, Bishopsgate, London and the Park Hyatt Los Angeles.

Samuels is a member of the the Chairman’s Council at the Metropolitan Museum of Art, NY, the Artists Council at The Whitney Museum in New York and is a member of the Children’s Advisory Council at The Komansky Children’s Center / New York Presbyterian Hospital in New York City. She has been featured in the New York Times, the Wall Street Journal, Galerie Magazine, Fox Business News, Bloomberg News, Art + Auction, Vogue, Interview Magazine, New York Magazine, The Huffington Post, AFAR Magazine, ArtPhaire (published by Park Hyatt), Daily Candy and others.

Erica graduated Emory University in 1997 with a double major in English and Art History and completed a Masters Degree in Modern Art, Connoisseurship and the history of the art market at Christie’s Education in 2003. 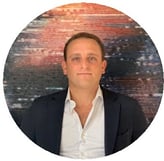 David Rothschild joined Sotheby’s in 2010. He began as a member of the Valuations team and later moved into the Fine Arts department as a cataloguer of Old Master Paintings. In 2012, Mr. Rothschild joined the Private Client Group advising Sotheby’s clients on auction and private sale transactions. In 2018, he became a member of the Contemporary Art, Private Sales team.

Mr. Rothschild has played a key role in implementing several exhibitions for Sotheby’s on both a local and regional level. He organized the selling exhibition Wall Flowers in Palm Beach in January 2015, as well as two, single artist selling exhibitions; the first in Montauk, NY in July 2016 titled Fish People and the second in Sagaponack, NY in July 2018 titled Hungry Heart. Mr. Rothschild also oversaw the dynamic exhibition at Sotheby’s New York which highlighted masterworks from the collection of BZ and Michael Schwartz.

Mr. Rothschild received his B.A. in Communications and Art History from the University of Miami. 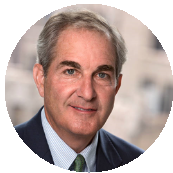 Jim is responsible for working with Tiedemann clients and their advisors and developing trust, tax and estate planning solutions for clients. He also leads the firm’s business development strategy team and oversees the firm’s relations with outside attorneys.

Prior to joining Tiedemann in 2008, Jim was President and Chief Operating Officer of Brown Brothers Harriman Trust Company, responsible for all trust, fiduciary and tax activities in the United States. From 1999 to 2004, he was a Managing Director of Brown Brothers Harriman & Co., responsible for all investment and fiduciary activities in Florida. Prior to Brown Brothers Harriman, Jim practiced law in Connecticut, New York and Florida at the law firms of Cummings & Lockwood (Associate), Cadwalader, Wickersham & Taft (Partner and a member of the firm’s Management Committee), and Gunster, Yoakley & Stewart (Partner).

Jim earned a Juris Doctor degree from Fordham University Law School and a Bachelor of Arts degree in economics and political science from Amherst College, and is a graduate of The Choate School. Originally from Greenwich, Connecticut, Jim has lived in Palm Beach, Florida, with his wife, Lisa, since 1985, where he is an active member of the community. They have three grown children. 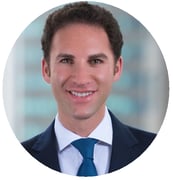 Michael is responsible for managing a number of Tiedemann’s client relationships and overseeing their advisors to provide solutions that address the challenges of stewardship of wealth over generations. As a member of the firm’s business development and strategy team, he is a referral resource for attorneys and accountants.